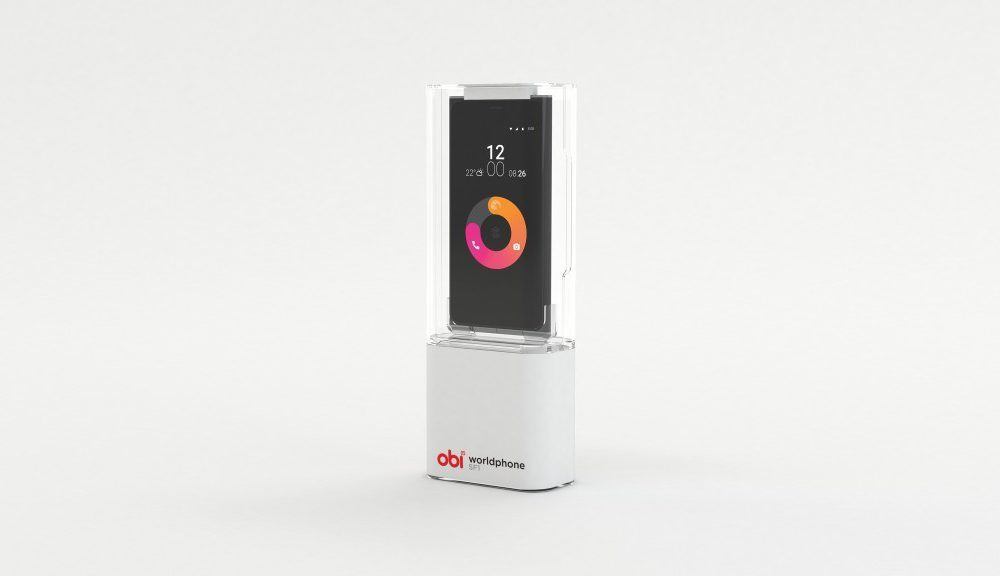 Looking for a Smartphone that is unique, fast, great with the specs, beautifully designed and under your budget? Well, I have a good news for you then. After successfully launching in Latin America, India and Dubai, Obi Worldphone have landed in Nepal. Obi worldphone seems to be more appealing to those who want a very well designed phone in their pocket to match their personality. Starck Tech, a subsidiary of Joty group are the distributors for obi here in Nepal. Obi phone aims to provide its targeted audience a great brand value in terms of the phone. Its special focus on the design and the material used are the things obi phone will be highlighted in future. Obi phone will undoubtedly give tough competition to phones such as one plus and Xiaomi in nepali market in the days to come.

During its launch, obi phone announced two of its model to be sold right away in Nepal obi SF1 and SJ1.5. There is also a good news for the online buyers of Nepal as both the phones will be available for online purchase. To tell you about the price, obi SF1 has been priced at Rs 14,799/- and SJ1.5 has been priced at Rs 21,499/- and Rs 26, 199. For a phone with such specs and substance, I personally feel these phones are ready to create a buzz in Nepalese phone market.

To tell you a bit more about the phones SF1 has 2 GB RAM and 16 GB internal storage and 3GB with a 32 GB storage. So now you understand the 2 different prices for the same model mention above right?
Here is the full specification of obi worldphone:

So, if you are planning to buy a Smartphone with amazing design and great performance. Obi might be the right choice for you. 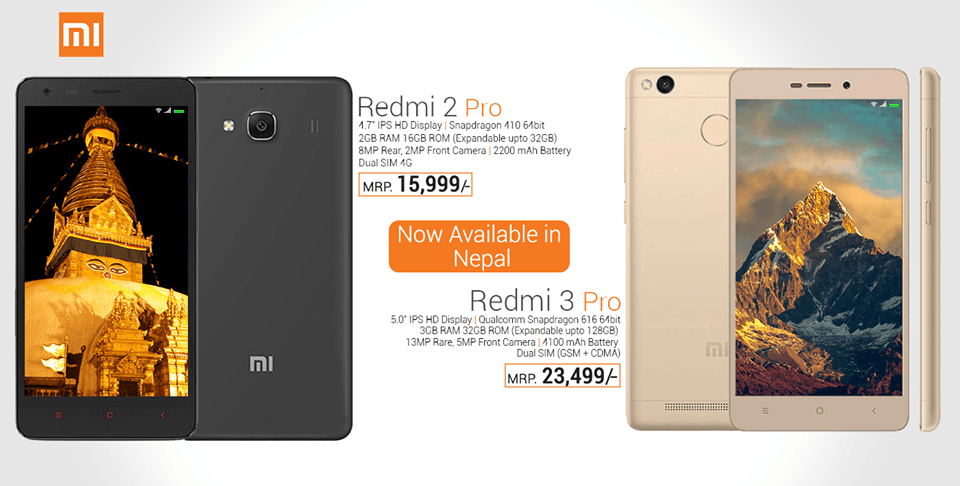 Redmi Note 3 pro after much anticipation is launched in Nepali market. Vatsal Impex Pvt. Ltd. has listed the Maximum Retail Price at NRs 23,499.00.

The mobile Redmi Note 3  pro has the following specs:

Xiaomi Mi5 is most awaited Mi Series phone in Nepali market. Having sold over 100,000 units of Mi 5 and Redmi Note 3 in the first two flash sales in India, has already grabbed attention of Nepalese youth.

Xiaomi Official Facebook page for Nepal replies to curiosity of customers stating that the phone will be available within a month. Mi5 is priced INR 24,999. Team Market and Trend believes the price of Mi5 would be around NRs 50,000- 55,000. The price range is not official but only speculation of M&T.  we will update the price as soon as get the price updated.

Syakar Trading Pvt ltd have launched Honda Cb Hornet in Nepal at the price of NPR 2,60,900.This bike was highly awaited in Nepal.More details to follow.. 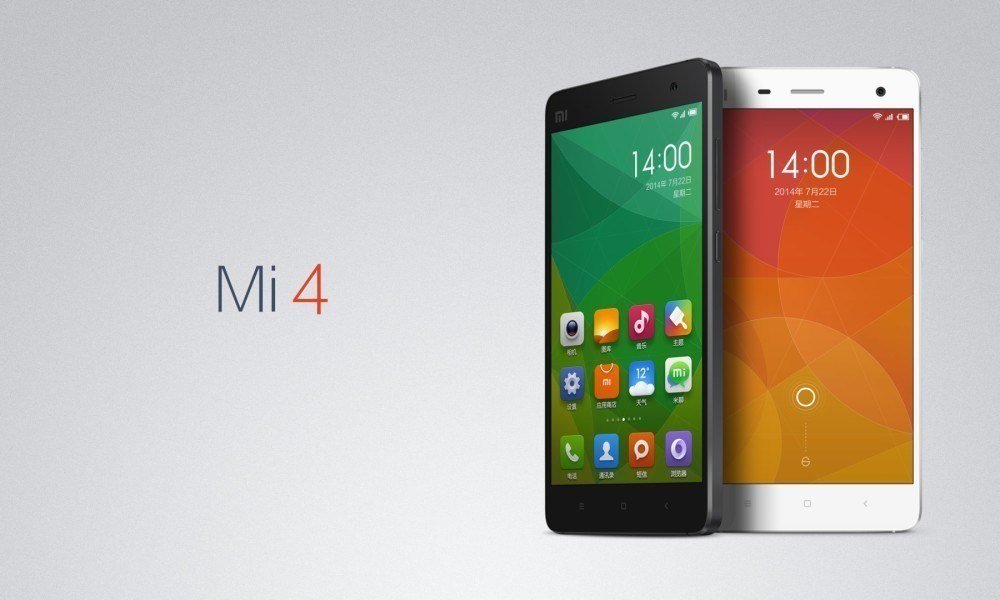 All you need to know about Mi4 in Nepal which is Set to launch Soon in Nepal. The trending smartphone company Xiaomi has already opened the booking in Nepal for the sale of Mi4 in Nepal from 15-03-2015 to 21-3-2015.The company with no doubt receiving high booking orders will sell via Kaymu online shop for the fisrt time in Nepal.The Mi4 will be available initially at the price of Rs 23000.

Here are the specifications of Xiaomi Mi4 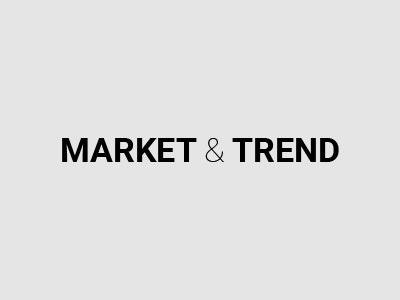 Yamaha fzs v2.0 and suzuki gixer are the two most trending bikes in Nepali streets right now.Both, have been able to occupy  good positions in terms of popularity. So, today we will compare them in terms of look, design and performance.

Technology
Both, the bikes are rich in technology.The display cluster of both bikes have similar features. Suzuki gixer has better display as it consists of the clock and it also displays the current gear position which makes them better.
Talking about the technology, Fzs have used the Fuel injected technology in its blue core engine with sensors which is better than gixer.They also have the eco meter which indicates the economy mode driving and they have also included a sensor which stops the engine within 3 seconds after you bike falls or crashes down.So in this context too Yamaha uses the better technology than gixer.

Performance
Yamaha Fzs is 149 cc bike whereas the Suzuki gixer is 154 cc bike. In comparison to the pick up, Suzuki gixer has the better pick up than the Fzs but the difference is not very big.The power and the torque of gixer is also slightly higher than that of Fzs.

Mileage
Yamaha Fzs has the slightly better mileage than the gixer as they use fuel injection technology. The difference is not that higher which is around 5km/l.

Driving and Riding comfort
Yamaha Fzs edges out Suzuki gixer slightly in driving comfort. Fzs has the flat tyres whereas the tyres are rounded a bit in gixer which makes Fzs a bit smoother and safe during rainy days.
Yamaha fzs is much better in riding comfort espcially in he pillon seat.If you prefer long drive often with someone in the pilon seat, you should definetly go for the Yamaha Fzs. The pillion seat of the Suzuki gixer is the main setback for the bike in comaparision to the Fzs.

Intrumental cluster and Engine
Both of the bikes have good instrumental cluster but yamaha fzs have a slight better cluster than that of Suzuki gixer. Reagrding the engine it will be wait and watch for both since gixer has not spent so much time on road to evaluate the engine whereas Yamaha has introduced new bluecore Fi engine which has also not spent much time in the road.Looking back to previous models, both yamaha and suzuki gixer has been highly rated for its engine and its performance in previous days.

Conclusion
So if you are in the doubt which one to choose from Yamaha Fzs and the Suzuki gixer, it depends upon your priority. These two bikes have many aspects common which have not been included in this comparision. If you look for better performance in riding, go for the Suzuki gixer, if you prefer smooth and dual comfort riding go for yamaha Fzs.

Xiaomi finally seems to come in Nepali Market. Its been a while the Chinese smartphone makers grabbing a proper share in Indian marketing providing tough market competition to Indian Smartphone Makers. Craze of Xiaomi of Nepal has surged in recent days as the product came to Nepali market through India, becoming an instant hit.

The Chinese Smartphone company Xiaomi  has finally steeped in the market of Nepal and Xiaomi in Nepal will begin the service soon. The Vatsal Impex Pvt Ltd has already been appointed as the official distributor in Nepal. The Vatsal Impex Pvt ltd is seeking for the dealership in Nepal. So we can finally get the original Mi smartphones in Nepal officially Very soon and the long await for the xiaomi mobile fans is finally over. 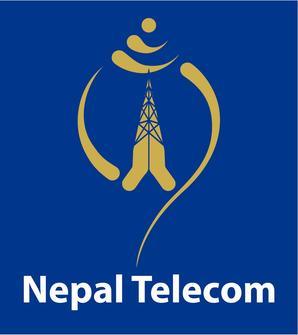 Nepal Telecom has reintroduced the balance transfer system in the occasion of Christmas after it was stopped for more than 6 months.  The new balance transfer system will make the telecom user happy as they are facing the recharge issues for a long time. According to new system user need to input amount in Rs not Paisa( e.g for Rs 10 put 10 not 1000). Here is the new system

Honda has already launched the new bike Honda CB hornet 160r in India.This bike is set to be one of the most popular bikes n upcoming days due to its specification and features.

Here are its features and specification 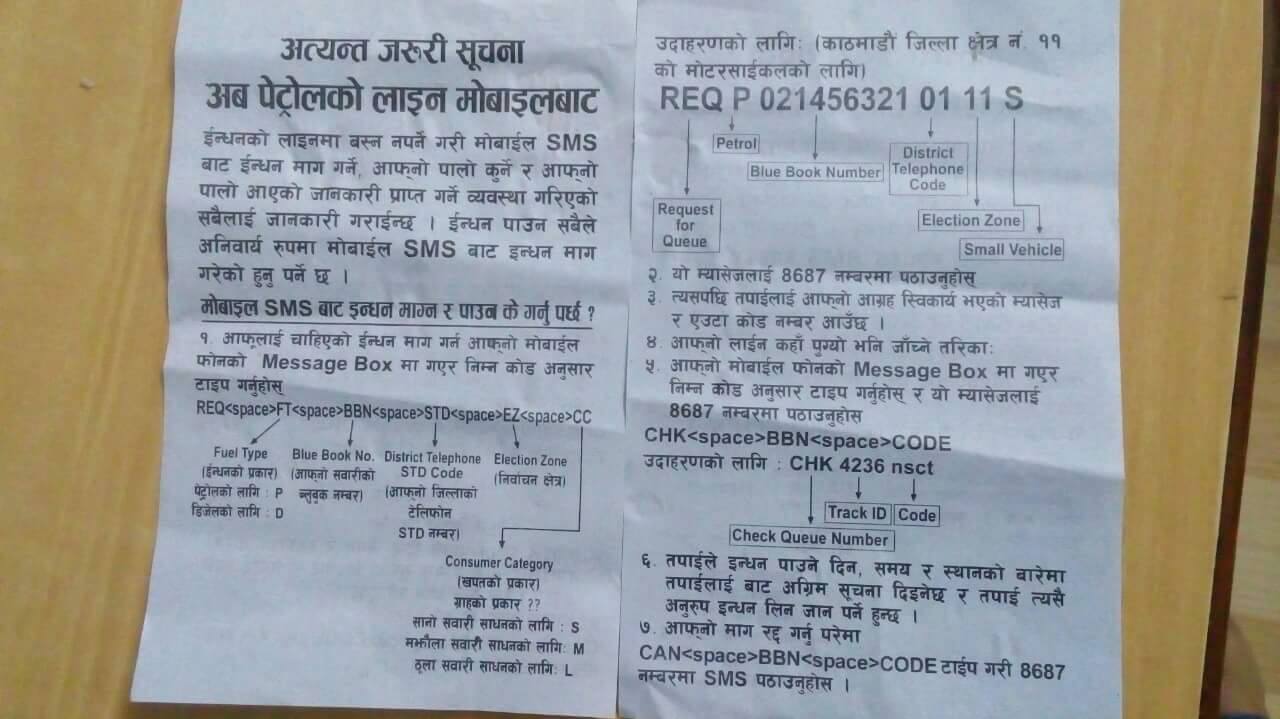 The Nepal oil Corporation has launched the new Oil Distribution Sms System which will make the distribution of petrol and diesel more efficient and reliable. The new system will also avoid the long queue and wastage of time in petrol pump line.Here are the details regarding the new system.

To Send the petrol request through the mobile SMS system Type

P for petrol D for diesel and G for gas

S for bikes as Small vechicle, M for cars as Medium Vechicle, L for bus, truck etc as Large vechicle.

For checking your line

CODE = Code number you get after sending the request (above) sms.

click here to know how to find blue book number